Yoga Basics – A beginners Guide to the many Styles

Yoga Basics – A beginners Guide to Yoga’s many Styles

Transformation of mind can take many ways, many routes for it to occur. Those different ways are called – different yogas.

There is no one size fits all. That is why we have different Yogas. Not different style. What people really mean when they speak of Yoga styles, is – what are the ways you do your physical aspect of yoga.!

Bhakti yoga are once such orientation that do not use physical movement/postures. There’s is one of devotion, their trust and emotion. Karma Yoga likewise is more spiritual and how to balance our life without the physical aspect. Mantra Yoga is chanting, without physical Asana.

There are yoga classes to suit everyone! From a gentle relaxing yoga style – or if you wish to have a good physical workout or perhaps you just wish to do more traditional and get in touch with your spiritual side, there is a yoga class to suit you. And you do not need to be super bendy nor flexible.

There are a host of benefits of yoga – including lower blood pressure, increased strength and bone density and reduced anxiety. Not to mention increased flexibility! Isn’t that enough reason to get you onto the mat?

Sadly a lot of people have had ‘bad’ experiences with less reputable / skilled Yoga Instructors. Some find it too difficult, too slow and boring; perhaps their instructor has been a bit too spiritual with burning incense and chanting. The biggest error I come across as an instructor is the old…’but I am not bendy enough’!

The fact of the matter is that there are numerous styles and personalities within styles to suit everybody’s taste.

You do not have to be strong, flexible, bendy, or spiritual to start yoga – you may end up there as a result of Yoga however. Remember even an expert was once a beginner!

All of the yoga styles should leave you feeling more at ease and relaxed. But you may need to try various styles and teacher that best suits you and your temperament.

Now a lot of people usually ask for beginners classes or private one-2-one. Almost always this is to do with their lack of confidence. One of the emphasis of yoga is to leave egos at the door, and we are all on our own journey. I certainly emphasise each persons uniqueness. There is no competition with anything nor anyone. It is about what you can do with what you have, on that particular occasion.

So before you go nailing your colours to the mast, try a number of different styles. Those shown as ‘general’ or ‘open’ are usually suitable for all – if in doubt ask the teacher.

Just attend watch and ask questions. If your instructor doesn’t permit the asking of questions at any stage, I would suggest never returning. Once you are relatively happy with your choice in which ‘style’ of yoga you like – remember that this may very well change as you travel on your yoga journey – then try different teachers. Some just stay fixed to their mats, whilst others walk around encouraging and adjusting you posture as and when appropriate. Some stick with a routine till doomsday, whilst others alter theirs from session to session. Ask as some do this for very good reasons while others do it because they do not know any better.

A common sense approach would be to try a few sessions before you commit. Any questions then ask, as any good teacher worth their salt would love questions. It doesn’t have to be expensive. Just remember that you do not need an expensive pair of yoga bottoms. The more you become involved in the true ethos of yoga then the less you should care what pants you have on…remember there is also ‘naked yoga’ to be found out there!

Ashtanga is a relatively modern style of yoga. It is vigorous and energetic. With poses being held for a few breaths. 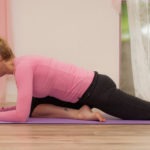 Iyengar focusses on physical stamina and flexibility. After an accident caused damage to Iyengar spine, he later introduced the use of props, such as bolsters, belts, and straps, to enable the less able to perform the yoga postures. These props help beginners get into poses with correct alignment, even when they’re new to them, injured or simply stiff.

Truly speaking this is Hatha yoga, but a much more modern approach. Vinyasa basically means flowing. Traditionally (Classically) yoga is holding a seated pose for long periods of time, whilst one focused, or meditated. Vinyasa really focuses on the postures, but not held for lengthy periods. It is flowing from one posture to the next. The acme of it one could say being Sun Salutations.

It was a system introduced in India during the time of the British Rule. It was meant to be more vigorous and less spiritually demanding than more traditional yoga.

If you’re new to yoga, it is a good idea to take a few classes in a slower style of yoga first to get a feel for the poses. It may also be called Ashtanga Vinyasa, or flow yoga or even dynamic yoga.

A sequence of 26 yoga posture, performed in a heated room – this will make you sweat. It was created by Indian yogi Bikram Choudhury in the early 1970s. There are health claims made for exercising in heat.

Much less of what people expect from yoga, a lot less postures and more breathing exercises and chanting. Designed to awaken the Kundalini energy in the spine.

Yin is actually a little bit more like traditional yoga, that is the postures are not the be all and end all. The posture should be one that a person can sit in for an extended period of time, whilst performing breathing exercises, thus aiding in the relaxing of the mind and body.

In Yin yoga poses are held for several minutes, to increase flexibility and to encourage the relaxing, releasing and letting go! Generally considered a relaxing form of yoga

Restorative yoga is very much like Yin – a number of studios there is no distinction made. Generally poses held for longer periods of time. The difference mainly being more emphasis on relaxing than flexibility.

Its aim is to restore calm to the mind and body, aiming to be present in the ‘now’, with awareness on the breath aiding in this.

“yoga is the stilling of the fluctuations of the mind”

Yoga is silencing that chattering monkey that resides in our minds

Much Love From Newton Abbot