What’s The Din with Yin?

Yoga means to join or to yoke (yoke implies to control – mind and body). With Patanjali defining it as chitta vritti nirodha. It means that yoga is the removing of the fluctuations of the mind. Yoga is not about becoming perfect, but becoming whole.

Most forms of yoga today are far removed from their original intention. Modern forms practiced today are dynamic, fast, flowing movements. That is they are Yang (hot, masculine, Pingala, sun).

Yoga is about becoming whole and finding balance. Yin yoga (Ida,
moon, cooling, feminine, calming), is the other half of the Yang.

Yin Yoga was the product of Paul Grilley in the 1970s. Yin yoga borrows heavily from Taoist philosophy. That is, it makes mention of meridians and Chi, etc. But frankly one doesn’t have to venture away from the more traditional Indian Yoga philosophy, that’s is the theory/philosophy relating to, Prana (energy, life force), nadis (the causeway or channels of Prana), Chakras (wheels of energy).

For me, Yin yoga has attempted to reclaim what yoga was about. Not about showing off numerous contortions – as Paul Grilley said in relation to Yin Yoga poses “twenty is plenty”.

The original ancient yoga texts only mention a handful of yoga poses (asanas) almost exclusively they were relatively uncomplicated seated poses – in which one attempted to sit for long periods of time as still as possible; drawing in the senses so one could focus, concentrate and meditate.

In Hinduism, it’s believed that the earth is resting on one of the heads of a giant snake. This snake is known as Sheshanaga. It is said to have a thousand heads and is supporting the whole universe on his many heads. Lord Vishnu as a baby would rest and sleep in its coils, moving, fidgeting and playing in the coils of the snake.

Much like your asana practice Sheshanaga had to maintain a steady and stable posture to maintain balance in the universe, and remain steady for long periods of time, whilst Lord Vishnu played.

Like the serpent, we find a posture and endeavor to remain still and stable for long periods of time. The difference between Yin and more modern hatha yoga is that we hold the pose for longer – but with little stress on the muscles and tendons.

Yin yoga asana is designed to work more passively – on the bodies fascia. It is as if we are internally wrapped like a mummy. The bandages are this fascia, which can get stuck in certain places, which may cause pain, discomfort and or restriction of movement (usually) somewhere else in the body!

This fascia needs time to adjust (stretch). In Yin Yoga we are working with the body, not struggling with the body. For this reason, we do not push the body too far, we find our boundary in a pose and just ever so slightly go out of our comfort zone –the hold the pose. For this reason, we tend to use various props – blocks, blankets, bolster, straps etc. this is to aid us – remember we are in our Yin state our Ida (moon) state. Calm, passive, cool, feminine Ida – state. 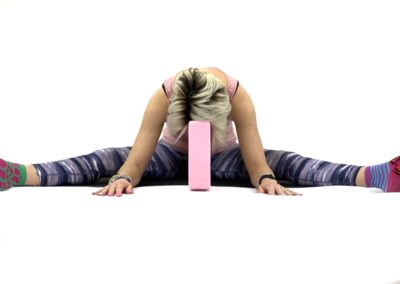 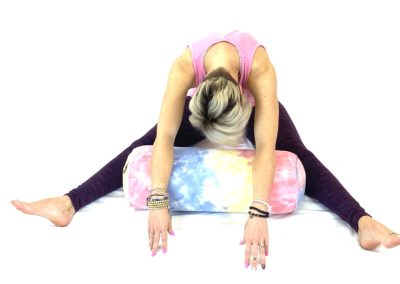 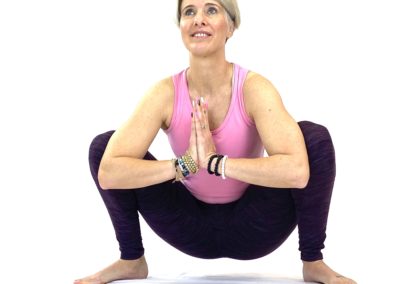 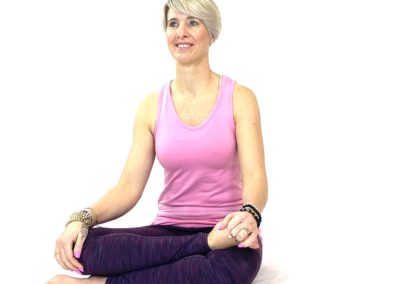 What’s The Din with Yin?

Yin Yoga How being easy – Makes it Harder

Lots of Love Tanja FOY – Check out my YouTube Channel