Do You Want to Give Yin a Spin? 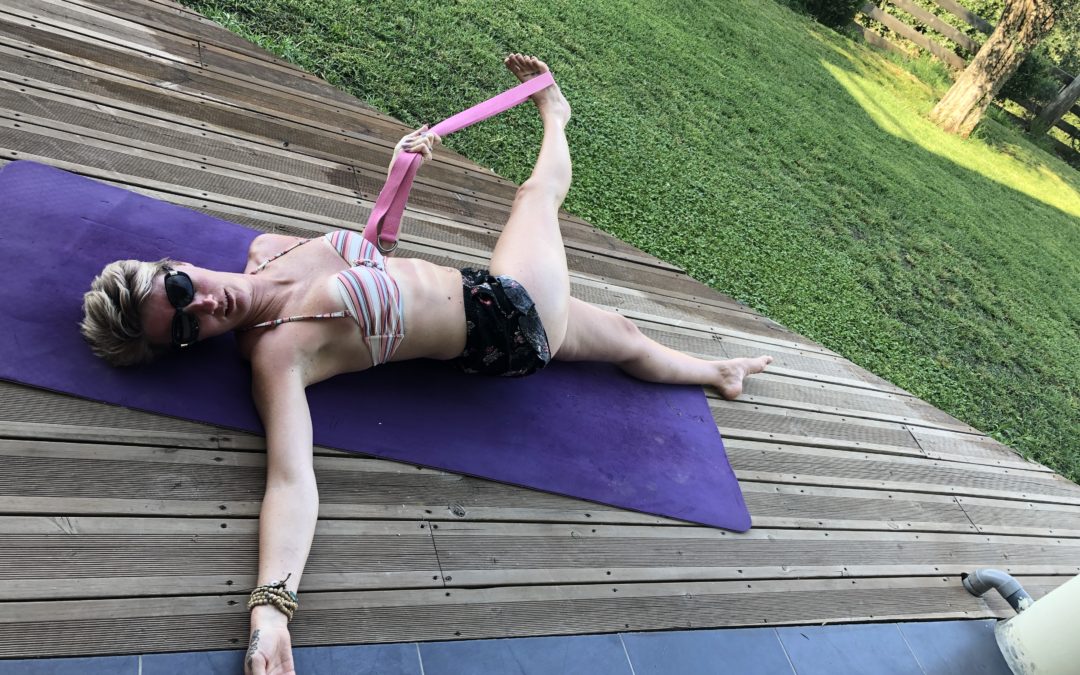 Give a Yin Class a Spin

Have you ever wanted to give meditation a go, but were put off by the stiff aching legs, and the seemingly excruciatingly painful positions you were expected to sit in, whilst looking seemingly calm, peaceful and tranquil? Perhaps you need to give yin a spin.

Traditionally, and that mean – historically, yoga practice
was nothing more than preparing the body for hours of seated (or lying or
standing for that matter) meditation. Most, if not all the recorded text only
ever mentioned seated (asana) poses.

Through yoga’s evolution into hatha yoga (treating the body
as a ‘temple’ – as we house within ourselves Divinity), this developed into Ashtanga,
Vinyasa and advanced and physically demanding poses. For some concluding such a
practice with a cross legged seated meditation did not go well with stiff legs
and aching hips.

For me personally, my savior to this discomfort came from my martial arts flexibility training (Shaolin Wushu style Kung Fu). The style and type of flexibility I did back then I discovered many years later, was basically what is now called, Yin Yoga.

There was (in my training anyhow) a time to be yang, and likewise, a time to be yin. As Shakespeare put it… “In peace there’s nothing so becomes a man as modest stillness and humility; but when the blast of war blows in our ears, then imitate the action of the tiger; stiffen the sinews, summon up the blood, disguise fair nature with hard-favor’d rage.” (Henry V, Act III, Scene 1).

I was in my youth and full of Yang, with a hint of Yin. Now
as I get older my likes and desires are far more Yin with the odd occasional
yang thrown in.

Yin could be said to be similar to the yoga energy concept – Ida. Yin is stable, clam, cooling, feminine. Whilst Yang is moving, dynamic, hot, excited, masculine and not too dissimilar to the yogis Pingala.

Muscle is mainly yang in nature, yet some 30% of muscle is fascia. Fascia is yin in nature (or may be said to be). Muscle is elastic and soft, it gets stretched then goes back to its original shape and size. Fascia and connective tissue is more plastic, more Yin like. It is rigid and plastic and is, therefore, best exercised with slow, low-level force or pressure, yet for an extended period of time.

What most people take today to be ‘Yoga’ I would contend is not what was originally envisaged. That aside, yoga asana’s today are very yang like. They exercise the muscles with dynamic movements and or physically challenging ones.

What is Different about Yin Yoga?

Yin yoga by contrast involves, to the best that we can, us disengaging the muscles. It is in our interests to not let the muscles become involved, we do not wish to target the yang muscles, but the yin connective tissue. This is best achieved by ‘not’ warming up the muscles so they are ‘ready’ to work. Instead yin is better performed ‘cold’ so we can work on the cold, plastic connective tissues of the body.

We choose a pose, we slowly sink into that pose until we find what may be termed our ‘boundary’. We then sink ever so slightly into that boundary – then just wait. Passively and patiently we hold that stable posture.

We are working with the tissue of the body and not against it. We do not want to tear tissue. We are waiting for the fibers that make up the connective tissue the fascia, to re-align themselves in the direction that we are stressing them. Them we find that the tissue has ‘given’ (collagen creep). At that stage we may sink a little deeper into our new ‘boundary’ and repeat.

Not only will it aid mobility and flexibility, but it is surprisingly relaxing and releasing. The release is not just physical, there generally is a psychological/emotional release occurs also.

But for me the best advantage of all, it permits my very yin like activity of meditation with slightly less aches and pains. I would love to say it is miraculous, but years of abusing my body with martial arts etc has resulted in hip, knee and shoulder issues.

Yin yoga will however allow your body to get the best possible benefit from your yoga practice.