Joseph Pilates Classical Routine Vs Contemporary – Which One is best?

Joseph Pilates Classical Routine Vs Contemporary – Which is best? 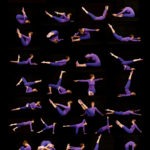 Joseph Pilates developed his system of Contrology from early 1900’s. Moving to America he developed it further working with dancers etc.

Over more recent years there has been an explosion of interest and development, changes to Josephs original, so called, Classical Routine. Apparently we know more now about the human body and its biomechanics, and are much wiser than the good old days – those idiots!

As a result some forms / styles of Pilates has become so far removed from Josephs original approach that I doubt he would recognize it as his system. Now some development is great. In fact Joseph didn’t go in for dogma, but would alter, to some degree, how he had clients perform movements. He would change and alter accordingly.

So there are different styles masquerading as Pilates. The dilemma facing the system of Pilates is similar to say religion. Hoe far from the teachings of someone can you go yet still call it by that name?

Now some criticise contemporary pilates purely because it is different from Josephs classical. I would not put myself in that category. But I do think there is only so much deviation you can make and still have the cheek to call it Pilates.

Where do you fit in that position? Traditional or Contemporary?

What is Classical Pilates?

So called Classical Pilates was created by Joseph Pilates. He was not that arrogant as to call his system Pilates – but Contrology. He developed a system performed on the Mat and by using various exercise machines. (On that note Pilates never referred to his Movements as exercises – but as Movements).

There are not many Traditionalist that stick devotedly to the exact way that Pilates performed his movements and in the same order. Perhaps largely due to the threat of litigation! Some of his movements may be described as ‘accidents waiting to happen’ for certain population groups one is likely to come across in the community.

One justifiable criticism of Pilates, by the Contemporary crowd, is that one has to be physically fit and robust, to perform them in the manner he advised. Most traditionalist would be making some changes to accommodate the general population.

I make a number of alterations to the Classical, in part due to the nature of most of my clients, who tend to be older, female and have health issues. If my client base where young and ;’issues free’ then I would stick more to Josephs way – but I would still miss a few of his movements out e.g Crab!

I personally see nothing wrong in making some alterations. Sadly most of those alterations that people make have become exercises in their own right. People have lost sight that they are there to assist people until they have built of strength and control to enable them to perform the original movements.

Others Traditionalist however, would not except such deviations from Josephs routine. Some hold the view that Josephs system has stood the test of time. Has proven its worth, so why change what isn’t broken. Some changes that the contemporary people introduce has only happened, in part, because people get bored easily, have shorter attention spans and ‘need’ regular change. For my part, if a movement has proven its worth, then why change; yes change and try new things to see if they are better, but not just because a client gets bored easily and has a short attention span.

Pilates originally performed abdominal movements with the pelvis tilted back, that is so the lumbar curve has reduced or flat. A number of years ago physiotherapist got their hands on the system of pilates and introduced their concept of neutral pelvis and spine. That is there would be a gap between the floor and the lower back.

What is Contemporary Pilates?

Contemporary Pilates is in the main modelled on  Joseph Pilates original movements, but altered due to recent research and current knowledge, mainly regarding biomechanics. Some of the alterations are relatively minor. There has been an introduction of a large number of movements that do not bear much resemblance to the original movements.

Probably the biggest changes have been to adapt the original movements so people with certain issues or conditions can perform them.

Pilates himself was always adapting and changing things. Modern developments re mobile  phones and computers have only exacerbated the issues that Joseph Pilates system was designed to ‘fix’, namely poor posture.

It is right that any system develop and evolve. Perhaps the biggest thing to remember is what we stress at Elite Pilates Teacher Training Studio – there is no real right or wrong – there is just different!

No two Pilates teachers would agree on everything and would I dare say teach differently.

Pilates himself changed and altered his system based on the client in front of him, and would instruct another client performing the same movement, in a different manner. We are all unique.

Whichever style you prefer have fun and above all don not get sucked into dogma! We all benefit from Pilates! Things change, people and bodies change and so do systems of operations – it is evolution!